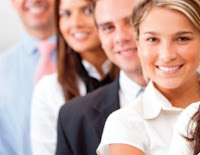 There has been very little "quantitative" research on the ROI (Return on Investment) of networking.  However, having spent most of the last two decades participating in, or managing, business development networks around the world I have amassed substantial evidence suggesting that there is a substantial ROI on one’s networking and word-of-mouth efforts.
Let me begin with a study done by Robert Davis at the .  Mr. Davis found that people participating in networking groups “appear to be above-average networkers.”  The study concludes that participants in networking groups develop certain networking skills that the average business professional does not possess, and that these skills in fact result in more referrals to other business professionals, leading to substantially more new clients.  This makes a very strong argument for participating in organized networking groups.
As part of my doctoral work at the , I conducted a thorough study of referral generation among members of a business development network or referral group.  In the study, published in 1993, I found that the longer an individual participates in a business development network, the greater the number of referrals.  In fact, the likelihood of receiving a hundred or more referrals virtually doubles with each passing year of participation.  One participant told me that in his first year as a member (1993) he received roughly $6,000 in referrals for his paging business.  During his second year, he got over $11,000, and in his third year more than $22,000!  The study clearly showed that the longer people participated in their networking group, the higher the return.


Some of the most exciting discoveries from my doctoral study (and later discussed in my book The World’s Best Known Marketing Secret) involve the length of membership in a networking group.  For example, the study found that the people who were members for one or two years identified their largest referral to be over fifty times higher than people who had been members for less than one year!

This trend continues as long as the person remains a member.  For example, 52.3 percent of the respondents who were members for less than a year stated that their largest referral was $250 or less, while only 7.5 percent said it was over $2,500.  On the other hand, none of the respondents who were members for several years said that their largest referral was under $250, while 52 percent said their largest referral was over $2,500 with 32 percent actually exceeding $5,000!  Thus, large referrals are directed related to length of membership.  In other words, individuals who stay with a networking group longer are much more likely to get referrals that are substantially larger.
The figure below illustrates this point.  You will note that the longer someone was a member, the higher the likelihood he or she would receive a referral worth over $1,000.  It should be noted that many of these referrals were substantially over $1,000 (in some cases over $100,000).  In some years many members got at least one referral worth more than $10,000 in business.

It is clear that the longer an individual is a member of a business development network, the greater the individual’s opportunity to get larger referrals.  In fact, members are almost twice as likely to get referrals worth over $1,000 in net income if they are in the group for more than one year.  In addition, the overall number of referrals increases substantially the longer someone participates, as shown in the figure below.

In addition, take a look at a book I co-wrote with Robert Davis entitled Business By Referral.  On pages 23-26 we talk about some of the payoffs of networking based on a survey of over 2,000 business professionals in several countries.
I believe that we will eventually see more quantitative research done on the ROI of networking and word-of-mouth marketing.  It is clearly one of the most cost-effective ways to build one’s business and the more research that is done, the more evidence we will have to support that.
Email ThisBlogThis!Share to TwitterShare to FacebookShare to Pinterest
Newer Post Older Post Home
BNI of the Heartland, serving Nebraska, Western Iowa, South Dakota, and Wyoming. Join us for Business Network International news in the region, chapter showcases, facts, and fun!