EDUCATION SPOTLIGHT: You Never Know Whom They Know

Don't think a gardener can be a referral source to the rich? Think again. Discounting even one potential networking opportunity can be disastrous. 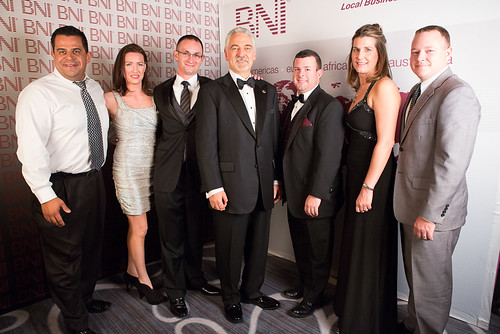 We don't walk around wearing signs displaying the names of everyone we know. It would probably shock you to learn about some of the influential people your best friend knows but hasn't told you about. You can't assume that your friend, acquaintance or referral partner doesn't have powerful contacts that can help you--or your business--in important ways.

Never underestimate the depth of the contact pool your fellow networkers are swimming in. There's a well-known story among referral networkers about a project management consultant who did business with large manufacturers and was asking for referrals. He was talking with a woman who owned a small gift-basket business, and she expressed interest in helping him. The consultant loftily informed her that he didn't see any possible way she could help him.

"I go to manufacturers and help them with their processes. I'm sure you've never heard of any of the people I need to meet." He turned and walked away.

The gift-basket woman smiled and said nothing. She had a secret. Among her clients were several large manufacturing companies. She knew personally many executives at higher levels in these companies. Moreover, her father-in-law owned the largest manufacturing company in town. She was the best referral source the consultant could ever have, and he had rudely turned his back and walked away without realizing how much money he had left on the table. She smiled, but she wasn't going to be saying good things about him.

The value that you bring to a referral network or to a strategic alliance is directly related to the number of relationships you have and the quality of those relationships. In a typical referral-networking group of 20 to 40 people, the number of referrals that could be created, among all the possible contacts within one or two degrees of separation, is almost incalculable. And it doesn't take a corporate executive to connect you with another corporate executive, or a rich person to introduce you to another rich, influential person. That's not the way the world works anymore--and quite honestly, I'm not sure it ever was.

A friend of mine tells of a high-end property developer who was invited to a networking group's golf tournament as a guest to see what referral networking was all about. He came, but only because he loved golf. As a big-money developer, he "didn't need to network." He came to the awards dinner afterward only because his foursome won.

At the dinner, he happened to be seated next to a financial advisor who had grown wealthy through referral networking and become a property investor. Through conversation, the guest mentioned to the financial advisor that he was having trouble getting a bank loan on a big property deal. Hearing this, the financial advisor told him that he might be interested in investing. Within a few days, the two were negotiating a six-figure deal.

The moral of that story?  Always pursue the networking opportunity of an event--you never know whom you're going to sit next to.

Well, the gardener worked all summer long at these big houses. And who lived in these houses in the summer? The wives, of course. Who made the decisions about the gardens? That's right, the wives. So all summer long, the gardener was developing good professional relationships with the wives.
At the end of the summer, the gardener approached one of the wives and said, "Mrs. Gottbucks (not her real name, I hope), can I run something by you? You're doing well and I imagine you guys have a financial advisor--you know, an expert to help you with your investments. Can I ask you for some advice? See, I've managed to save up a bit of money, and there's this guy in my referral group who has a really unique way of packaging investments and getting a bigger return, and he says that by using article 32.3(e) in the tax code, I can save a lot on my taxes. He says he's saved dozens of clients thousands of dollars this way. Can you tell me if that sounds right? I suppose your financial advisor's saving you a lot of money that way, right?"
And the wife said, "Gee, I don't know . . . I’ll have to check on that. By the way, what did you say your advisor's name is?"

Whether you're talking to a gift basket lady, financial advisor or gardener . . . remember, you never know who they know.
Email ThisBlogThis!Share to TwitterShare to FacebookShare to Pinterest
Newer Post Older Post Home
BNI of the Heartland, serving Nebraska, Western Iowa, South Dakota, and Wyoming. Join us for Business Network International news in the region, chapter showcases, facts, and fun!