WHO'S IN YOUR ROOM? 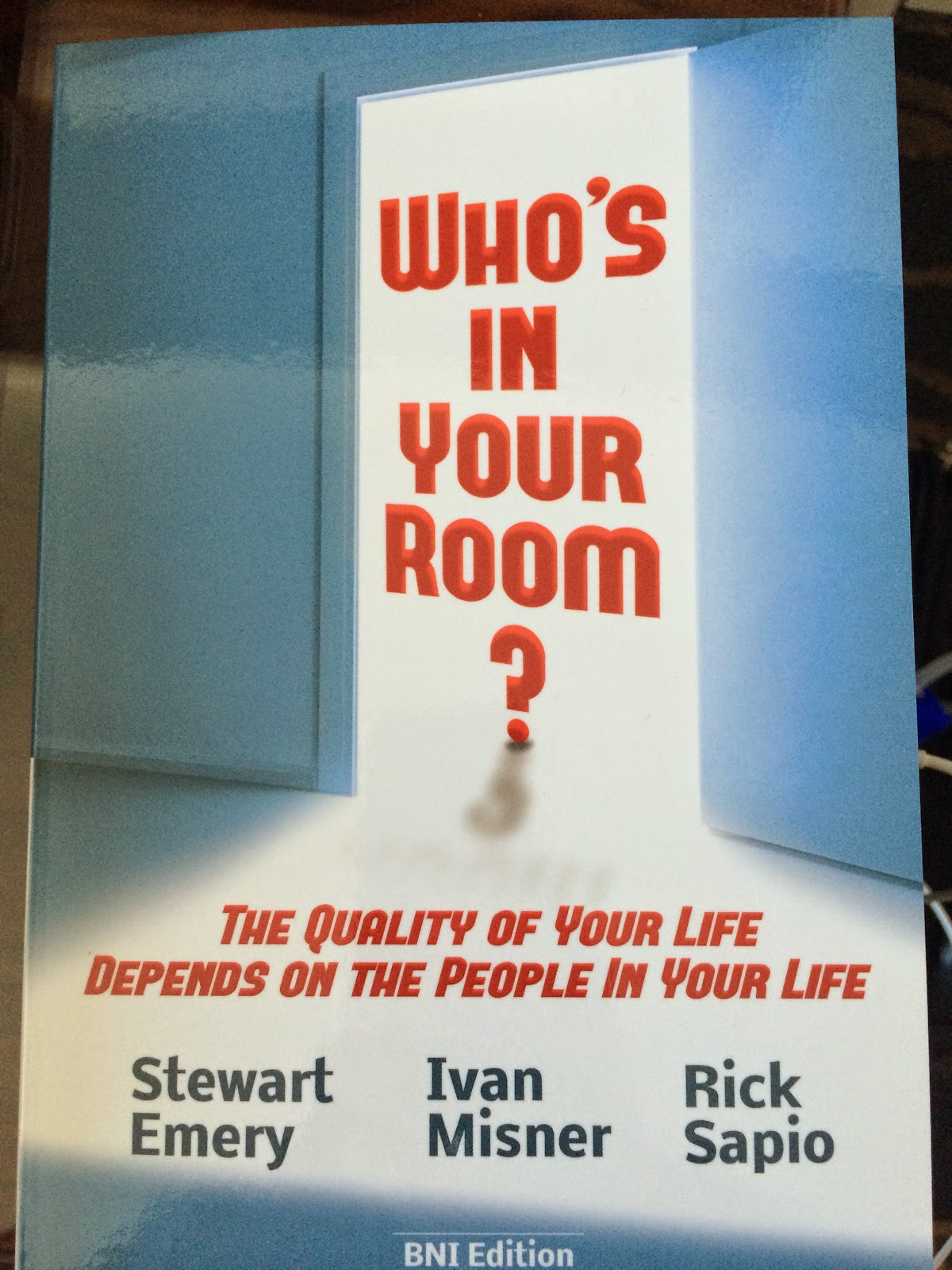 Our team recently attended our BNI National Director's Conference in Nashville and we were very excited to receive the new book Who’s In Your Room by Dr. Ivan Misner AND it is an exclusive BNI version.

Dr. Misner shared with us a story from the book about a chapter member who was part of the membership committee who had spoken to his Director about getting “better” members into the chapter. When the Director inquired further the member said he thought only business owners with at least 10 employees could become part of BNI.  He then referred to a young woman, Jacqueline, who was only 21 and not a business owner and said, “She’s not going to be able to contribute much to the chapter.”

Our Member Extravaganza is now over and it is great to see so many new members coming into the region.  Take the time to get to know these new members.  Help them feel welcome and start building trust with them.  You just never know who they might know. Maybe you could even go through BNI Boot Camp with them or attend Member Success Program.

Did you or your chapter a qualify for any of the incentives? Winners will be announced soon....