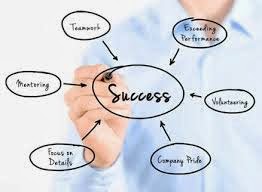 In my humble opinion, the only thing you can get wrong when networking is the initial approach. My personal golden rule is to ensure that the person you are speaking to doesn’t feel like you are trying to “sell” to him or her. Make it non-threatening and they will stay in the conversation (for a little while, at least). The reason I say that is because if the initial conversation goes wrong, then there is NOT a chance to get it back at that stage or ever (sure, at a later date perhaps, but not at that moment). As the saying goes, “…you might not get a second chance to make a first impression!”

Networking should be thought of as “stages”…

Stage 1: Why am I networking in the first place?

Networking is a very clever way to generate new opportunities and continue developing and deepening existing relationships. It is one of the few proactive strategies that, if done correctly, is guaranteed to achieve results long term.

Stage 2: Where should I network?
Wherever there are like-minded people to yourself or more importantly, to the people that you would really like eventual introductions to.

Stage 3: When should I network?

This depends on the frame of mind of the people you are going to meet. Business people that meet early mornings (BNI members, for example) tend to know exactly what they want and why they are there. They are very focused! It’s too early in the morning to waste time and effort – it simply has to work. Evenings can tend to have a bit more of a “social” feel. They are also very effective but definitely requires a more subtle and patient approach.

Stage 4: Locate the people I want to network with
In most cases the people we initially meet tend to be “introducers” to the people that we ultimately want to meet. Always know who you really want introductions to as you never know who the people you know, know!

Stage 5: Start a conversation that simply breaks the ice
Who, what, where, when and why are the standard words to start any “relationship building” conversations. Always (sincerely) show an interest in the other person. Keep in mind that not talking work is a great way to talk work.

Stage 6: Make them look forward to talking to you again
Networking can feel very repetitive and a common fault is for people to change their approach to stimulate their own interest. “If it aint broke, it don’t need fixing!” We attract others by how we act – so if the person you are talking to likes you, they will feel more comfortable in the relationship and will be more likely to want to help. In conversation mode (and not sales mode) drop in your “value statement” – your “benefits to the end user” as this will stimulate thoughts of “who can this help?”

Don’t rush the relationship and over the long term it will be far more profitable.
Email ThisBlogThis!Share to TwitterShare to FacebookShare to Pinterest
Newer Post Older Post Home
BNI of the Heartland, serving Nebraska, Western Iowa, South Dakota, and Wyoming. Join us for Business Network International news in the region, chapter showcases, facts, and fun!