– Are you proud of your chapter? 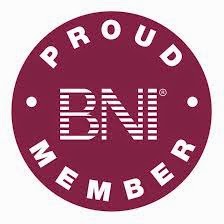 October’s Blog marks an exciting time of year for all chapters in BNI of the Heartland’s Region.  As chapters embark on their change of leadership, I wanted to take a moment to thank all of the outgoing leadership teams for their time and efforts.  Your example and vision for the strength and growth of your chapters has not gone unnoticed!

Part of the title for October’s blog was taken from an article by our Founder, Dr. Ivan Misner in his Successnet Online article which can be found at:
http://successnet.czcommunity.com/from-the-founder/what-dog-sled-teams-can-teach-us-about-leadership/21667/

In this article, Dr. Misner refers to an experience he and his wife had on a dog sled excursion while visiting the Ice Hotel in Sweden.

Often times, when one of us from the regional office visit chapters, during the “I Have” portion of the meetings we like to give a testimonial for that particular chapter to recognize the success and efforts of its’ members.  If it is OK with you – Today, I wanted to talk about my “chapter” and tell you a similar story of a dog sled excursion (metaphorically speaking) I had that started in Sioux Falls, SD a few short weeks ago.  As Area Director for the Omaha Metro Area my “chapter” is the Heartland Executive Council that consists of Vince Vigneri, Executive Director, Kristina Vigneri, Executive Director, Lonnie Keyser, Area Director, Brandon Souba, Regional Area Director and myself, Tanya Blocker, Area Director (we call ourselves H.E.C. for short).

We had a successful Chapter Success Workshop in Sioux Falls, SD where rooms were filled with engaged and eager members and leadership teams.  It was a pleasure meeting so many of you!  From there, we were on our way to conduct the workshops in Rapid City, SD, Gillette, WY, Omaha, NE finishing off in Lincoln, NE.  At that time, we were not aware that my journey was going to change in Rapid City.

There was one day in between the training classes in Sioux Falls and Rapid City and the plan for us was to start early to catch up on some work and then go see Mt. Rushmore and take in the beautiful scenery the area has to offer.  It didn’t take long for me to realize something was wrong and I asked Vince Vigneri to take me to Urgent Care.  From that point, there is not much I recall except everything changed and I needed to get back to Omaha.  All of the Heartland Executive Counsel takes pride in our jobs and the role we play in helping members achieve their success.  How could I leave?  I didn’t want to let them OR the members down!  There were three hours of breakout sessions I was responsible for.  One thing I DO remember is while arrangements were being made for me to get home Vince Vigneri came to check on me and I expressed my concern about leaving.  He said to me with a calm confidence, “Tanya, don’t worry about it – We are a H.E.C. of team and we get things done!”

What I do know now is at that point the schedule for the day was changed and the team spent hours rearranging the training and perfecting it so that the region would receive the necessary training without a hitch.  So, I did fly back to Omaha and was admitted to the hospital where I would remain for the week.

Through my chapter visits and getting to know members in the region I have discovered and witnessed firsthand that chapters have similar experiences.  They rally around each other and take part in each other’s triumph and tragedies both personally and professionally.  It is the strength of leadership and the relationships of members that make strong chapters succeed.

So, as we embark in this exciting time of year with new leadership teams I would encourage you to rally with them and trust in their vision to help you succeed as a chapter.  As you embrace your new leadership teams, take pride in doing whatever it takes to help each other take your chapter to next level.

I have always done that with my chapter.  We know each other’s strengths and weaknesses and are constantly working behind the scenes to do whatever it takes to help YOU succeed.  We push each other to always do better.  I wish you great success with your chapters and hope you have the same response I would have if someone asked you if you were proud of your chapter.  Am I proud of my chapter?  With every fiber of my being and with great confidence I can say, “I AM PROUD OF MY CHAPTER!!” 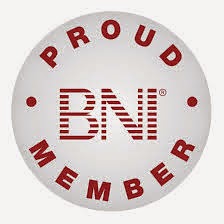