Over time, strengthening relationships within your network can lead to new business. You don't have to purposely become a networker to reap the benefits of social capital -- otherwise known as the value behind your social contacts. As long as you take as much care in raising and investing your social capital as you do your financial capital, you'll find that the benefits that flow from these intangible investments will multiply your material returns many times over.

Take for example a colleague of mine who is a book editor. He often works long hours in isolation, surfacing only occasionally to communicate with an author or publisher. So, how does someone with such little contact with people build social capital? It's simple. He eventually ventured out in search of others. My editor friend met and wound up collaborating with a small group of writers who were forming a professional organization. He helped the group attract new members, publish a newsletter, schedule presentations and speakers and arrange conferences with editors and agents. While the organization grew, my friend made several new friends among the founding members. One of those connections helped him land a job that he kept for 12 years. My friend benefited from another connection who gave him a steady flow of freelance editing work.
Related: Wherever You Go, Networking Makes You Grow Even though my editor friend didn't know it when he began this low-key form of networking, he was building social capital.


How many times have you, or another entrepreneur you know, attended a networking event where you met a number of good people but never spoke with them again? Although small-business owners are often so busy they find it difficult to remember what they had for breakfast, it's a shame to ignore new contacts you can potentially turn into new business.
The key to improving your social capital isn't the number of contacts you make. What's important is making contacts that become lasting relationships. Imagine if you were putting together a marketing plan for the coming year and you called five close friends to ask them for help -- in the form of either a referral or new business. Now, imagine cold-calling 10 people for the same reason. You'll most likely have better luck with your close friends.


Essentials to Creating a Networking Strategy


How can you deepen your relationships with contacts and improve your social capital? Here are four steps to get you moving in the right direction: 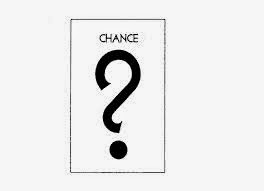 The Dos and Don'ts of Social Networking

Social capital is the international currency of networking, especially business networking. After just a few weeks of putting these steps in motion you should have more than enough social capital to tap into the rest of the year.
Email ThisBlogThis!Share to TwitterShare to FacebookShare to Pinterest
Newer Post Older Post Home
BNI of the Heartland, serving Nebraska, Western Iowa, South Dakota, and Wyoming. Join us for Business Network International news in the region, chapter showcases, facts, and fun!