TheSeward County, Nebraska BNI Chapter began an Agriculture (AG) Power Team on May 31, 2013. Our objective was to increase referrals with farmers to other members of the power team, as well as to the chapter.

We held our first attempt to generate more farmer referrals on September 5, 2013; the chapter-sponsored AG day was geared toward area farmers. Various BNI businesses had booths and speakers filled the day with topics that were of interest to farmers. Unfortunately, the event had limited success.

After the event, our AG power team continued to meet and discuss other ways to refer farmers to each other. At our meeting on December 29, 2014, we discussed having “AG Focus” days where one of the Power Team members would give the 10 minute presentation on a topic that was related to agriculture. The AG power team members and the rest of the chapter were encouraged to invite farmers for the presentation. Since March is Agriculture Appreciation Month, we felt that would be a perfect opportunity to test our idea. Teresa Dredge (Title Services, Seward) was scheduled to present on March 4, 2015, but she thought another member of the power team might have a topic that would draw more farmers to the meeting. The group decided Trenton Volkmer (The Austin Company Farm Management, Milford) would present information on recent area farm sales.

On Wednesday morning, March 4, 2015, our chapter had six farmer visitors for our 7:00 a.m. breakfast meeting. They each had the opportunity to meet members during our networking time. Each member who brought a farmer guest also introduced them during the start of the meeting. Trenton made a great presentation on recent farm sales and passed a number of sales bills around the room so we could each see the details.

Kerwin Roth, (Kirby Roth Insurance, Seward) invited his uncle who farms near Seward. Last year on Mother’s Day, his home sustained damage during a storm that produced several tornados in the area. After hearing RJ Zurcher’s (Once Upon a Lawn, Dorchester) 45 second commercial, he knew he had found someone to help get his landscape back into shape. When the meeting ended, he spoke in more detail with RJ about the services he provides. Kerwin’s uncle later told him that if RJ Zurcher were part of BNI, he must be good since our chapter has standards for the businesses we accept.

I had invited a farmer, let’s call him Jerry, to our Ag Focus Day. He was very impressed with the meeting, and spoke with several members afterward. When he finished chatting, he drove to see Kendall Nitzsche at Nebraska Equipment, a Case IH implement dealer, to take advantage of the parts sale Kendall had mentioned during his 45 seconds. While he was there, Jerry looked at a new Ford pickup truck that Nebraska Equipment had just bought from Meyer Automotive (another AG power team member.) 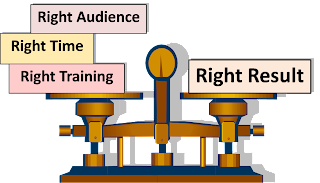 After completing his business with Kendall, Jerry drove out to Meyer Automotive to speak with Dan McCright (Meyer Automotive, Seward) about the truck. Dan shared with the power team that Jerry had been working on trading in his pickup, but after seeing the new one at Nebraska Equipment, he sealed the deal and traded his old one.

As a result of inviting what we call “consumer visitors,” several members of the Seward County BNI Chapter gained creditability and sales from one BNI meeting. These farmers will never join BNI, but they gained exposure to 33 businesses that they may not have otherwise known about.

The Seward County BNI AG Power team consists of Kendall Nitzsche of Nebraska Equipment, Kandi Brown of H&R Block, Teresa Dredge with Title Services, Trenton Volkmer of The Austin Company Farm Management in Milford, Kerwin Roth with Kirby Roth Insurance, Dan McCright with Meyer Automotive and Trailer Sales and myself, Roger Gamble of RG Investments. Without their dedication, we could not have made the March 4, 2015 “focus day” possible. We are already looking forward to another successful Ag focus day later this year.
Email ThisBlogThis!Share to TwitterShare to FacebookShare to Pinterest
Newer Post Older Post Home
BNI of the Heartland, serving Nebraska, Western Iowa, South Dakota, and Wyoming. Join us for Business Network International news in the region, chapter showcases, facts, and fun!