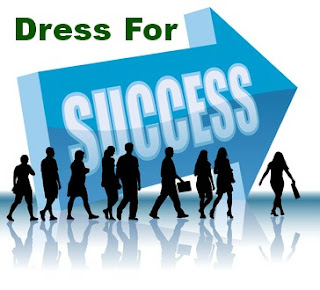 
What does Business casual mean to you?

It can mean something different to everyone.

I want to share a story that took place over a 3-month period and it will explain why I will never wear jeans to a one to one again!

I had a one to one with a President of a chapter. Now I knew this person very well and they knew me. I did not have any other appointments for the day and my office is in my home, so I threw on a pair of jeans to start the day. When my one to one rolled around, I did put on a nice sweater, but I left my jeans on, figuring the person I am meeting with would not care.

Now there is no life lesson in this part of the story, the member I met with also had jeans, so I thought nothing of it. After the meeting, I met with Vince to go over a few things. When he saw what I had on, the first question out of his mouth was “Did you have a one to one before this?” I looked at him like he was a little crazy, because he knew I did, and I told him yes.  I asked why he would ask me that since he already knew. He mentioned I was wearing jeans and that seemed out of character. I laughed and said “well you wear jeans to one to one right? I figured with who I was meeting with, it would be no big deal.”

I was corrected and found out Vince does not wear jeans to a one to one because it is a business meeting and he treated it as such. I didn’t think much of it, but with most things I learn, the idea sat in my head.

Time goes on and by default, I have dress clothes on for another one to one, and I meet with a very successful man from Texas. By talking to him prior to us meeting, I knew he was an online consultant for men and their dress, so you better believe I dressed up for our meeting. He was always in a suit and most of the time had a sweater to compliment his outfit on. When we meet, it was no surprise that he was wearing a suit and had a sweater on. I made a joke about being from Texas and always having a sweater on. He laughed and said he liked Omaha because the sweater weather lasted longer than in Texas. Now we did not meet to talk about clothing, but once the main point of our conversation was over, I brought up the consulting he did with men’s dress. I shared the story about the jeans at the one to one, and thought I would get a little support. He looked at me and said “jeans are never welcome in a business setting. You should always dress to impress because even though you know the person you were meeting with, you never know who that person will introduce you to.”
WOW!

I never looked at it that way. Since I am in the industry of networking and connecting people, what would have happened if the President I met with brought a potential member for BNI and I showed up in jeans as a first impression? What would that person think of BNI? He closed the conversation with an awesome point. He said “When a client of mine tells me they have a phone interview, the first question I ask is, what are you going to wear? Most of the time they say, what does it matter, they can’t see me. I advise them to wear a suit. When you dress up your attitude and demeanor is different and it can make such a difference that even someone on the other side of the phone can tell.”

So now I have the comment from Vince and the story from the guy from Texas (two people I highly respect) rolling around in my head. Here was the big A-Ha moment that changed my dress for the long term.

Vince and I had a one to one with a member. He commented that he would be sad if the member showed up for our meeting in jeans. I looked at him and said “well, be prepared to be sad because I am pretty sure the member always wears jeans during the day.” He looked at me and said “well that would be my first impression of them.”

Disclaimer, this meeting was focused on working together for business purposes. The dress code for BNI is dress appropriately for your profession. So his expectations were that of a business meeting not just a one to one with a member.

When the person showed up, the person was in black pants and a nice top. I looked at Vince, but he was not paying attention, and I knew at that point I needed to reevaluate how I dressed for meetings. To top it all off, as we all sat together, the topic of how business professionals dress came up! What I learned at that point was you never know who you will run in to and you never know who you will be a first impression for.

After the meeting Vince and I got in the car and took off. I was waiting for him to say something, but it didn’t even seem to be on his mind, so I brought it up. I let him know I was wrong about how the person we were meeting was going to dress, and with all the situations I had been in, and learned how much my dress plays a factor in to my professional world, that I would no longer where jeans to one to one, or any meeting for that factor!

If you look back at old pictures of things that were new for that time, like airplanes or cruises, all the men getting on the plane or the boat had suits on and the women had big fancy dresses on. What has happened to being the best dressed person in the room? Or the good old saying, you can never be too dressed up. As I have changed what I wear for meetings or business functions I hear two things that I hope to hear for many years to come. “You clean up nice” and “I like the way you are dressed, you don’t see people dress up any more” As long as I keep hearing that I know I am not falling in with the crowd but rising above and choosing to dress to impress to further my career and relationships with business connections.
Email ThisBlogThis!Share to TwitterShare to FacebookShare to Pinterest
Newer Post Older Post Home
BNI of the Heartland, serving Nebraska, Western Iowa, South Dakota, and Wyoming. Join us for Business Network International news in the region, chapter showcases, facts, and fun!