THE RAIN JUST KEEPS COMING DOWN

It is not stopping and the storm is just staying in the same area and not moving. 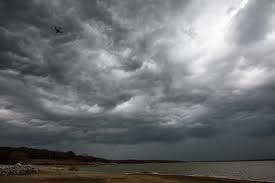 Many individuals and businesses will remember May 9th.  That afternoon around 4 pm, a severe storm ripped through the Lincoln Area.  The storm lasted for several hours, just as many individuals were heading homes at the end of the work day.  Parents picking their kids up at daycare got stuck at the daycare as the tornado sirens came on.  The storm blasted areas with large hail, while flooding basements and streets.  A couple of businesses experienced windows broken, and had to close for the evening.  Not very often do you hear of Walmart closing during a regular day in May.  People ventured out, only to find their car windows were shattered. They returned home to roofs that were leaking, and golf ball sized hail or larger on their front lawn.

But what came next was truly amazing.

BNI members were taking to social media to share with friends and family on who to call to fix their particular issue.  Many posts were of members’ business cards, the sharing of business websites, and giving testimonials about business that do repair work.
To me this reflects how VCP works in our everyday life.
Ivan has shared in a blog about the VCP steps, which is applying the foundation basics including building relationships first, amassing trust and credibility in time, and then asking for referrals.

I have asked in many Chapters this month, what is VCP? I learned that some members could not recall.  VCP, stands for Visability, Creditability, Profitability.  We talk about VCP at Member Success Program training.  If it has been awhile since you have gone through Member Success Training, please remember you can always go again.

First thing to remember about VCP is that it is a referral process not a sales process.

The visibility was very apparent on the day of the storm and the days following. Members were attending their weekly chapter meeting and sharing with other members what they do.  As we talked about VCP in Chapters, the most common example was attending meetings, followed by one to ones, and weekly presentation.  Remember with visibility, we need to perform activities that will help build trust.

Credibility is the members knowing and trusting that this is the member who should help their friends get back to normal.  Credibility is about the strengthening of the relationship.  An example of credibility is following up on referrals. To me, another example is serving on Leadership.  If an individual wants input in their Chapter, that is the place to serve.  Credibility is also preparing for your presentation.
Profitability
Since numbers are kept confidential, not sure how this ended up after the May storm.  The number of referrals that I saw passed in the chapters were amazing. I was witness to one member receiving 30 referrals in one day.
Ivan and TR Garland, in their blogs on the VCP Process, used this information below
The goal  of networking is to build the ultimate network of professionals who, when asked:
-Can and will support you
-Can provide you with information to make you more valuable
-Can vouch for you
-Can lend you their credibility when introducing you to people in their network
-Can refer to you on a consistent basis

I would guess if we looked at the numbers in June, we will find that the average number of referrals went up that month.

The one thing about VCP it is infinite.  It just keeps going around, if we follow the steps.

Recently, I was looking for a certain product.  I reached out to a family member about the product.  I waited for a response.  Days went by and no response.  So then I reached out to a BNI member and I got an immediate response.  My instinct was to go with the BNI member from the start, but I felt guilty about not asking this family member.  So the sale ended up with a BNI member like it should have from the start.  Once my family member learned what happened, he felt bad about not getting back with me.  It may put a strain on our relationship, and a lesson was learned.  When someone reaches out to you about requesting your service or product, do not discount who they are and follow up.

Keep your VCP process going by moving people in your network through the VCP process.
Email ThisBlogThis!Share to TwitterShare to FacebookShare to Pinterest
Newer Post Older Post Home
BNI of the Heartland, serving Nebraska, Western Iowa, South Dakota, and Wyoming. Join us for Business Network International news in the region, chapter showcases, facts, and fun!