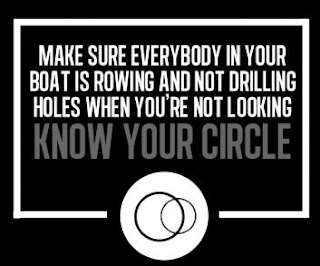 
As a new area director one of the things I want to talk about is knowing your role in leadership. It's human in nature, as a leader, to want to help in all ways you are capable. However, I will be the first to say...it can burn you in the end.


Sometimes, it's best to stay in your own lane and do what you are there to do. I myself struggled with this as I always want to do what I can to help in every aspect. Hmmm...maybe safe to say having control?

Before taking on the role as Area Director, I was once a vice president and president within my Chapter. I'll be honest, as president I felt I needed to have my hand and opinion in every aspect of my Chapter. When in all actuality my role was simple...lead the Leadership Meeting and lead the Chapter meeting. I didn't have a say on new members...and sometimes it was hard for me  to let them do their job and be confident that they would do the best they could as my membership committee. They were my Human Resources and didn't need my help in decisions.  As a president....delegate. delegate, delegate or you will burn out.

Think of it like a football team. You have your offense and defense and each person has a different role. The quarterback doesn't snap the ball to himself. The kicker only kicks field goals or punts the ball. Defensive ends don't run the ball. They stick to their role for strategy and because if everyone tried to do everything it wouldn't be a team. Think of being in leadership as just that...a team!


As leaders, sometimes it is a habit to want to help too much. My advice...stay in your lane. Do and know your role and delegate. Be a professional. And trust in your members. We all want what's best for the Chapter...new members.....referrals....MONEY!  You don't have to like everyone in the end...but we all need to stay professional....it's business.
Email ThisBlogThis!Share to TwitterShare to FacebookShare to Pinterest
Newer Post Older Post Home
BNI of the Heartland, serving Nebraska, Western Iowa, South Dakota, and Wyoming. Join us for Business Network International news in the region, chapter showcases, facts, and fun!